Of debris that hurts deep, dirty 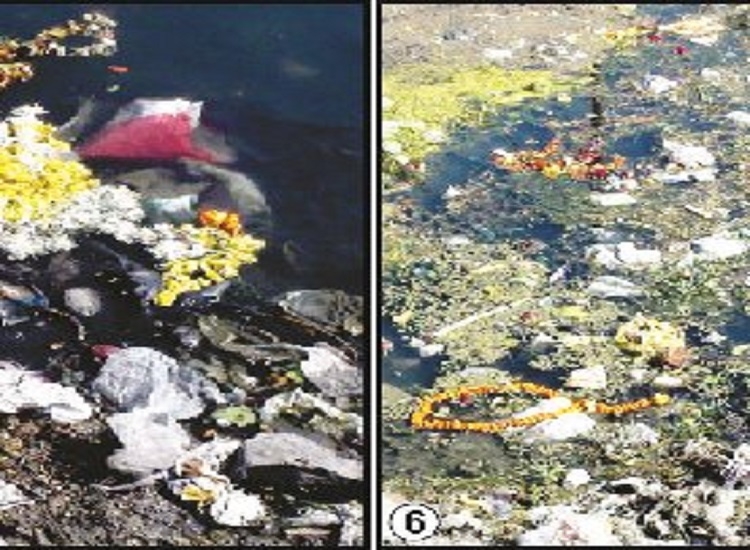 The Telangkhedi lake bund had always been a wonderful place -- for morning or evening strolls, for sitting on the parapet wall staring at the rippling waters, for gazing at the sky whose reflection of varied colours often lighted up the placid, mirror-like surface of the waterbody. In the good, old days when the lake bund was rather a secluded place, or subsequently when a whole lot of commercial activity emerged there, thanks to the official patronage, the lake bund had always been a good place to visit and to spend good time there. In good old days, that is 30-40 years ago, the lake bund was a serene place with its eastern side sloping into a wooded area on the other side of which was the Telangkhedi Garden and the western side sloping into the beautiful lake.
Then came the commercial spell that thrived for years, much to people’s delight. But for the past some months, the Telangkhedi lake bund has become a desolate place after the Nagpur Improvement Trust razed to the ground the entire line of shops on the eastern side, after a protracted battle with the shop-owners. A lot can be said about how unfair the administration had been to the shop owners, but one’s tongue is tied down due to judicial constraints. Whatever those details, one unhappy reality of the Telangkhedi lake bund today is that the place appears to have been bombed and destroyed and buried under the debris of the shops. The whole thing looks terribly ugly, and sad, and patently bad as well as an officially organised anti-thesis of Swachha Bharat. For, after the demolition of the shops, the owners and residents of the nearby slums took away some things, but left the debris as it was. In the intervening months, the administration has not found time and inclination to clear the mounds of debris and restore the serene beauty of the lake bund.
This whole thing hurts deep and dirty. Every Nagpurian feels saddened due to the terrible state of the Telangkhedi lake bund. One often wonders how a civic administration or agency can be so insensitive or senseless or both! Of course, stories are doing the rounds that the administration is planning a massive beautification -- so-called -- project at Telangkhedi lake, and therefore wanted the whole place torn down (for a project sometime in the future). It also has reportedly planned to slice through the nearby Bharatvan for what some officials described it as a temporary road at the cost of the wonderful wooded area. Again, whatever the details, the Telangkhedi lake bund today is a desolate place, having been torn down to a terrible shape by the bulldozers of the NIT.
Average Nagpurian like me has only one issue: If the line of shops on the lake bund had to be torn down for a purpose, then when is that so-called purpose going to be fulfilled? And, on a more practical level, when is the administration going to clean the place up and restore the old glory of the serene place of everyday picnics? At least at this precise moment in time, nobody seems to have answers to these questions. May those who wrought all the trouble go to hell, but none of them has any right to play havoc with the lake bund. Of course, many eyebrows of the highbrows are going to be raised with my statement. But then, I have no option but to state what I feel (if they have the so-called right to do whatever they feel like doing).