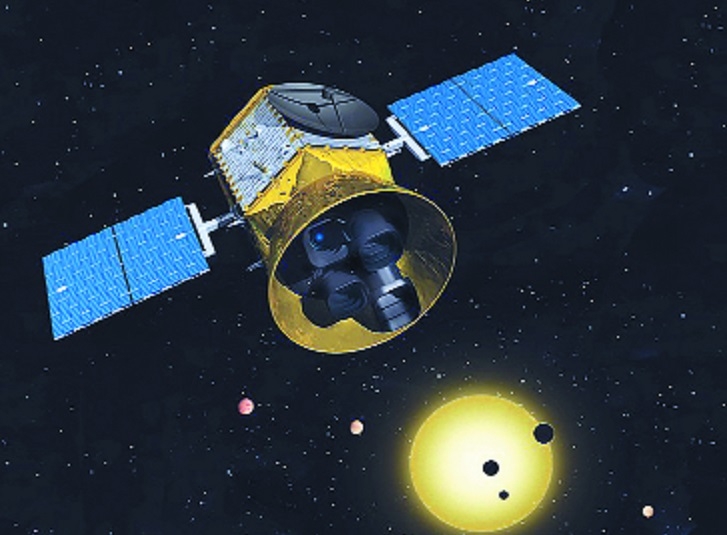 WASHINGTON :
NASA said on Monday that its planet hunter satellite TESS had discovered an Earth-sized world within the habitable range of its star, which could allow the presence of liquid water. The planet, named ‘TOI 700 d’, is relatively close to Earth -- only 100 light years away, NASA’s Jet Propulsion Laboratory announced during the annual American Astronomical Society meeting in Honolulu, Hawaii. “TESS was designed and launched specifically to find Earth-sized planets orbiting nearby stars,” said Paul Hertz, NASA astrophysics division director. TESS initially misclassified the star, which meant the planets appeared larger and hotter than they actually are. But several amateur astronomers, including high school student Alton Spencer -- who works with members of the TESS team -- identified the error.
“When we corrected the star’s parameters, the sizes of its planets dropped, and we realised the outermost one was about the size of Earth and in the habitable zone,” said Emily Gilbert, a graduate student at the University of Chicago. The discovery was later confirmed by the Spitzer Space Telescope.
A few other similar planets have been discovered before, notably by the former Kepler Space Telescope, but this is the first discovered by TESS, which was launched in 2018. TESS stabilises on one area of the sky to detect whether objects -- planets -- pass in front of stars, which causes a temporary drop in the stars’ luminosity. This allows TESS to infer the presence of a planet, its size and orbit.